This wasp is technically a member of the yellowjacket family and can also be known as a bald-faced wasp, bald-faced aerial yellowjacket, blackjacket and bull wasp, among other names. They can be quite large and their stings pose a threat but how worried should we be about having these wasps on our property?

How to Identify a Bald-Faced Hornet 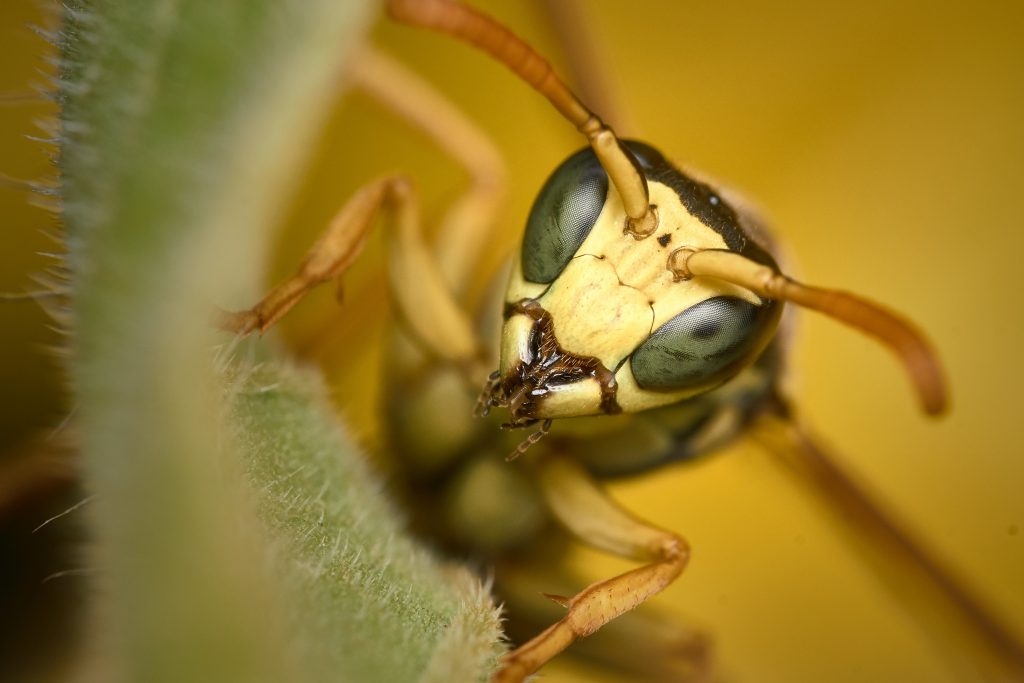 These wasps are found throughout the US, including Utah. They are especially abundant in forested areas and places with lots of vegetation. While bald-faced hornets usually prefer to build their nests higher up in trees, they can sometimes be found on the sheltered sides of buildings or utility poles.

Bald-faced hornets can attack and sting humans if they feel their nest is being threatened. As they can sting repeatedly and swarm in large numbers, they can be seen as potentially dangerous to humans. It’s not that likely that you will be attacked by bald-faced hornets, however. Their nests are generally high up and out of the way of everyday human life so they don’t pose much of a threat.

Bald-faced hornets aren’t so much of a nuisance as other types of wasp, such as yellowjackets. They feed on nectar and insects so won’t normally be found bothering humans around the picnic table.

Bald-faced hornets create nests out of wood pulp which they mix with their saliva. The nests have interior cells or combs that are covered by a thicker outer shell and can grow to the size of a basketball although some can be much larger. The nests have an opening in the bottom which serves as the entrance and exit. Bald-faced hornets usually build a new nest every year and they’re located quite high off the ground.

How to Get Rid of Bald-Faced Hornets

It’s difficult to prevent bald-faced hornets from nesting on your property. Their main diet is nectar and other small insects which are easy to find in most gardens. If you do see a bald-faced hornet nest in your yard, do not get too close and don’t attempt to destroy it as this will cause the wasps to swarm out and attack.

While they’re generally not considered to be an aggressive species of wasp, bald-faced hornets may still cause an issue depending on where they decide to build their nest. If there is a bald-faced hornet nest in a high traffic area of your property, contact H2 Pest Control for professional and safe wasp nest removal. We serve Utah County and Salt Lake County and can identify which insect you’ve got a problem with, leading to the most effective solutions.