5 Myths About Spiders in Utah 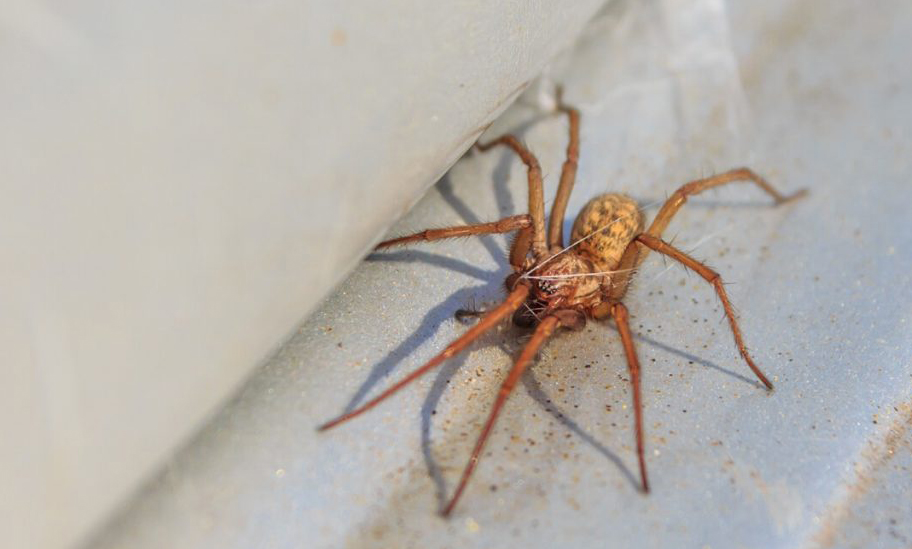 Utah is something of a haven for spiders. Thanks  to the diversity in geography of the state, many different species can be found, from the tiny and harmless to the large and venomous. Spiders tend to be polarizing creatures, with some Utah residents fine with sharing space with them and others too scared to enter a room where a spider’s been spotted. H2 Pest Control has a comprehensive spider control guide for more information about one of Utah’s biggest pests or just give us a call with any spider-related issues you might have. Now, let’s get to the bottom of some of the biggest and weirdest myths about spiders in Utah.

Myth 1: Spiders Bug You While You Sleep

You may have heard the statistic that you eat on average 5 spiders a year when you’re asleep, or that spiders crawl on your face in the night or that they drink tears from your eyes or drool from your mouth. While this all sounds horribly creepy, there is just no basis for any of these stories. Maybe occasionally someone has a spider land on them in the night but it’s not a regular occurrence and wherever you look you’ll find different numbers because it’s really just an urban legend. Sleep tight and don’t worry about it!

Myth 2: Spiders Can Come Up Through Your Drain

It’s somewhat of a nightmarish thought that anywhere in Utah, large, hairy spiders or a thousand tiny ones can come crawling up your pipes and through your drains into your sink, baths, showers or basins. Luckily, you consider this myth completely busted. Spiders in Utah do not come up through the drain, rather, if you spot one in the bath or your basin, they have come down from the wall or ceiling, looking for water and can’t climb out again. If you wash them away they might be able to climb back but spiders cannot access your drains through exterior pipework.

Spiders are synonymous with webs but do all species actually use them? It turns out that in reality, only about 50% of spider species spin and use webs for trapping prey. There are other species in Utah that hunt their prey down, such as the Wolf spider, which can live happily in burrows, meadows or your lawn. Wolf spiders live up to their name by chasing down and pouncing on their prey before eating it.

Utah is home to the Black Widow, a notoriously venomous spider with a bad reputation. But is it justified? Everyone knows that after mating, female Black Widows rip off the male Black Widow’s head, right? Well, not really. While this behavior has been observed, it was only under laboratory conditions where the male was in an enclosed space with the female. In the wild, it seems that there is often plenty of space and time for the male to beat a hasty retreat. While the murderous behavior does occur, scientists now think it only happens in a mere 2% of Black Widow encounters. If you see any Black Widows in or around your Utah property, though, get in touch with H2 Pest Control as Black Widow bites can be potentially dangerous to humans.

Did you know that spiders are not insects? The spiders you find in Utah range from the Jumping Spider to Orb Weavers to Wolf spiders to Black Widows but they are classed as arachnids, a separate group to insects, that also includes creatures such as scorpions and ticks. As well as having eight legs to an insect’s six, insects have antennae while arachnids don’t and insects are made up of three body segments while arachnids are only classed as having two.

Now that you’re a spider expert, take a look through our comprehensive guide to find out more about the types of spiders found in Utah, and the best way to keep them off your property.